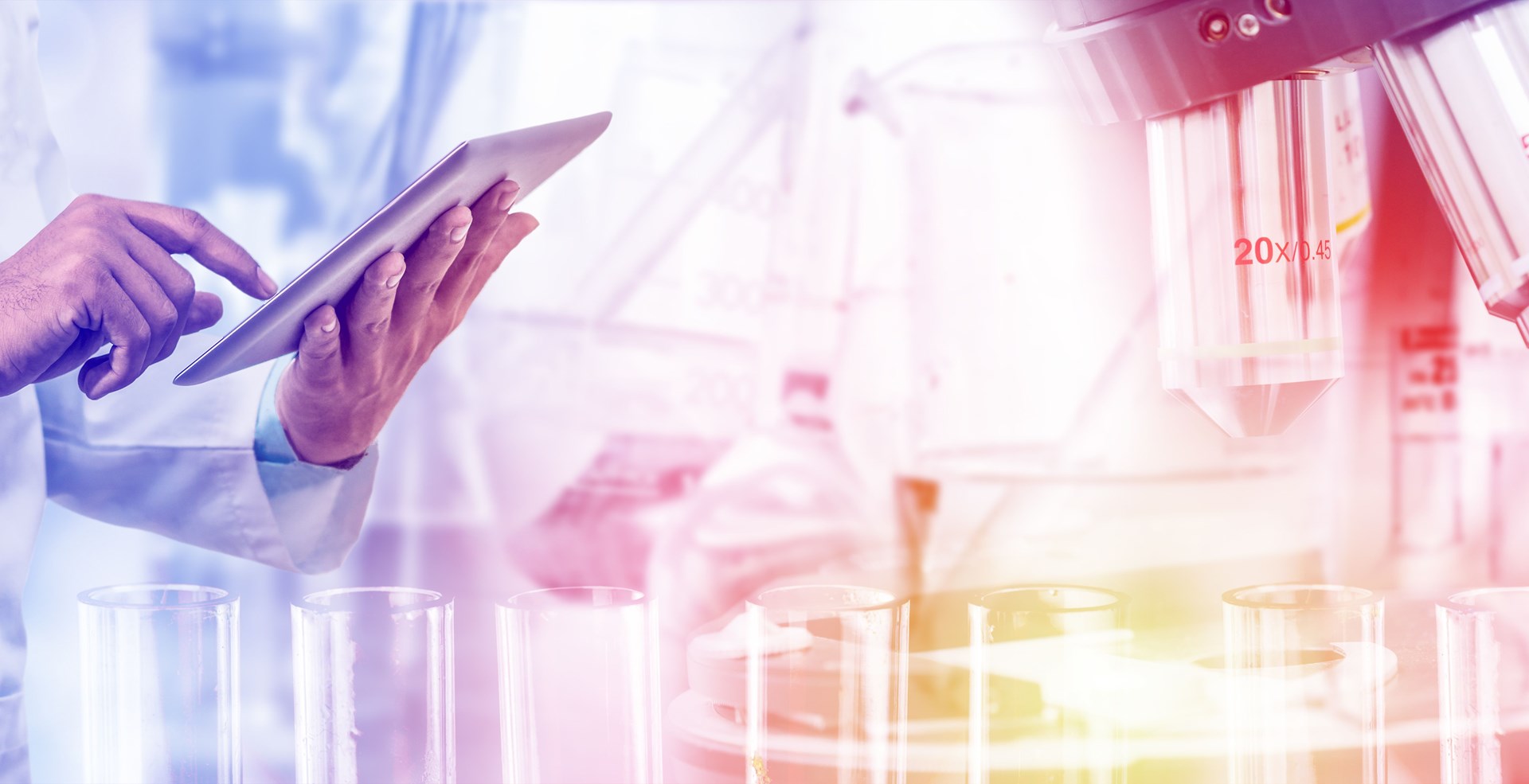 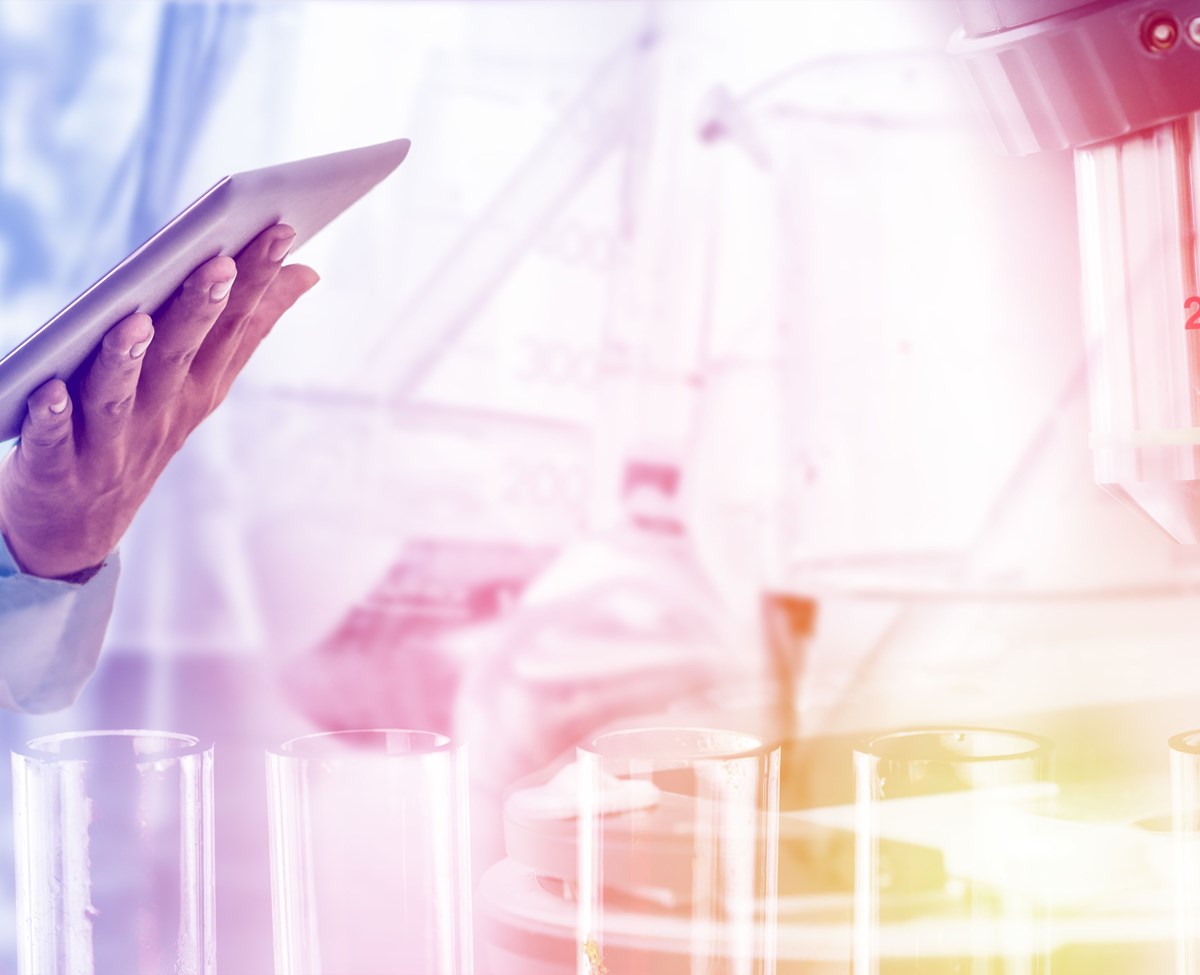 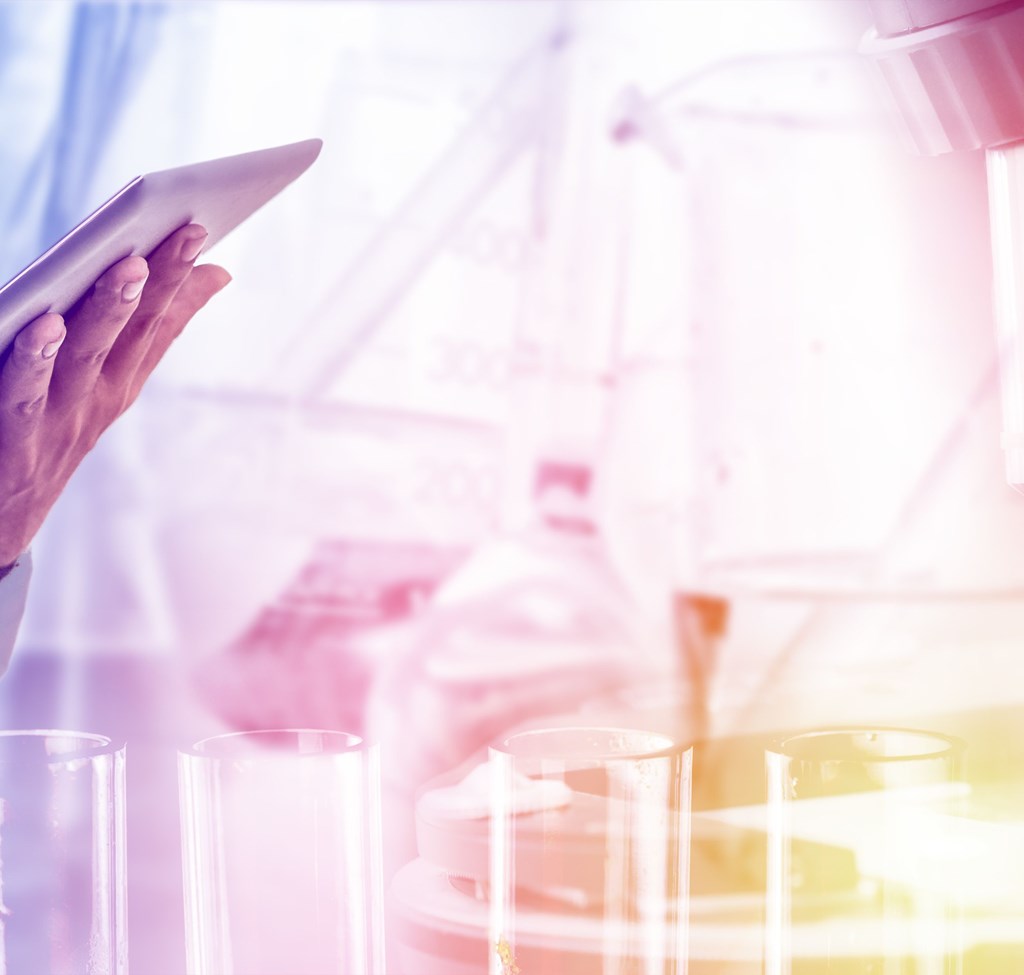 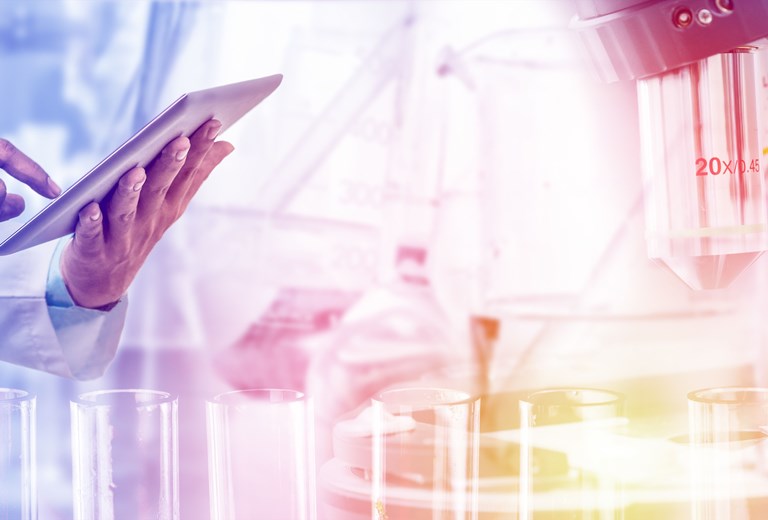 Issued December 10, 2019: The previous protocol for urine cultures being processed by East Side Clinical Laboratory was to re-incubate for an additional 24 hours if no growth was observed initially on day 1.  Current understanding of urinary pathogens has now rendered this re-incubation unnecessary.  Most causative agents of UTI’s can be identified by routine urine culture, which has been published as not benefitting from 48 hours of incubation.  East Side Clinical Laboratory will continue to re-incubate cultures from catheterized specimens, children 10 years of age or younger, or if a clinician suspects a fastidious pathogen that requires additional incubation.

Our goal at East Side Clinical Laboratory is to ensure that patients receive results in a timely manner without compromising testing.  By reporting urine cultures in 24 hours, we ensure results are communicated timely to guide treatment decisions.  Additional incubation on routine urine cultures will not be performed unless specifically requested.

For more information regarding the change in protocol, please contact your ESCL representative or the ESCL Microbiology Supervisor (Kelly Messier, 401-455-8427).

Thank you for allowing us to continue to provide the highest quality laboratory testing services to you and your patients.

The FDA Warns: BIOTIN May Interfere with Laboratory Testing*

THE LEVEL OF BIOTIN TYPICALLY FOUND IN MULTIVITAMIN TABLETS DOES NOT INTERFERE WITH LABORATORY TESTING. *Patients and physicians should review any lab test result that does not match the clinical presentation and consider if biotin interference is present.

Effective November 4, 2019, East Side Clinical Laboratory will no longer offer Helicobacter pylori (H. pylori) serology testing based upon changes in H. pylori testing guidelines of the American College of Gastroenterology and the American Gastroenterology Association. The discontinued antibody tests below will be inactivated in our compendium and will not be orderable. Serological antibody results have poor positive predictive value (PPV) and are no longer considered clinically useful. The alternative noninvasive testing methods demonstrate higher clinical utility, sensitivity, and specificity.

A positive H. pylori IgG, IgA, or IgM result cannot be used to predict the presence of active disease. Since antibodies to H. pylori remain detectable for years following resolution of infection, serologic testing cannot be used to distinguish active from past infection or to document eradication of the organism following successful treatment.

Many insurance companies are no longer reimbursing patients for whom H. pylori serologic testing was performed, as they consider such testing “not medically necessary”. As an alternative, providers are encouraged to collect samples for Urea Breath Test or Stool Antigen Test. Both assays are FDA cleared for use to detect H. pylori infection, and as a test of eradication. Clients should order collection kits as needed with instructions for use.

If you have any questions please call East Side Clinical Laboratory at 800.455.8440

Effective September 15, 2019 East Side Clinical Laboratories will offer a new collection device, the APTIMA Multitest Orange Swab for Bacterial Vaginosis, Candida, Gonorrhea (GC), Chlamydia (CT) and Trichomonas (Trich) Amplification Testing. This swab can be used in place of the white label APTIMA swab (with the exception of endocervical and male urethral samples)

Effective January 1, 2019, East Side Clinical Laboratory (ESCL) will discontinue offering combined testing for high and low risk Human Papillomavirus (HPV). Low Risk HPV will no longer be performed. This change is due to the implementation of newer analytic methods and testing algorithms.

The following tests/order codes will be deleted with this update:

HPV low risk will be removed from the following test codes with this update:

As an alternative, ESCL offers Roche high risk HPV testing with genotyping information. Amongst high risk HPV infections, genotypes 16 and 18 are most strongly associated with cervical cancer and severe Dysplasia/CIN3.

For high risk testing with genotype information, we offer the following:

East Side Clinical Laboratory is pleased to announce the introduction of the QuantiFERON-TB Gold Plus assay which offers optimized analysis with tuberculosis (TB)-specific antigens that elicit both CD4+ and CD8+ T-cell responses. The new 4-tube collection set enables a more comprehensive assessment of cell-mediated immune responses to TB infection

Clients should begin to order QFT - 4 tube kits but may continue to send the 3-tube collection kits until January 1, 2019 when the 3-tube version will be discontinued.

The 4-tube assay requires the same pre-analytical processing steps as the current 3 tube QuantiFERON Gold assay. Immediately after filling the tubes with 1ml blood, shake 10 times just firmly enough to coat the inner surface of the tubes without disrupting the gel.

Please use test code 9884 when ordering the 4-tube assay. Tubes should remain at room temperature for same day transport to ESCL

Thank you for choosing East Side Clinical Laboratory

Influenza is a viral infection that affects mainly the nose, throat, bronchi and, occasionally, lungs. Seasonal influenza viruses circulate worldwide and can affect anybody in any age group. The viruses cause annual epidemics that peak during winter in temperate regions. Seasonal influenza is a serious public health problem that causes severe illness and death in high risk populations

Rapid and accurate diagnosis of viral infection is critical to reducing the disease burden of influenza and its social and economic consequences. Since taking antiviral drugs within the first 48 hours after first symptoms appear may reduce the length of illness and help prevent more-serious problems with influenza, it is important to get accurate test results early.

East Side Clinical Laboratory will begin offering a molecular nucleic acid amplification method for rapid testing of Influenza A and B.

PLEASE NOTE THAT ACCEPTABLE SPECIMEN REQUIREMENTS FOR THIS TEST ARE:

Nasal eSwab from just inside the nares

Nasopharyngeal swab (which can be supplied by ESCL upon request. These swabs are not normally supplied and might need to be specially ordered resulting in longer turn around time)

Throat swabs ARE NOT an acceptable specimen for molecular flu testing

Effective July 19, 2017 East Side Clinical Laboratory has introduced iFOBT as part of its routine testing for screening colorectal cancer. As an immunological test for fecal hemoglobin, iFOBT is more accurate than the conventional guaiac methods.  This test does not show significant cross-reactivity against dietary substances and does not require special restrictions prior to testing.

The test is recommended for:

Due to improved sensitivity and specificity of this method, only one sample collection from a single bowel movement is required for testing.

Patients can submit their specimen by mail by following the instructions for the iFOB collection device, or they may collect the sample in sterile container and drop off at any of our patient service centers.

Comparison of iFOB vs Chemical Guaiac based method

BNP has been switched to NT-ProBNP

It is important to note that the numerical results and reference ranges for previous BNP and NT ProBNP are not interchangeable.

Effective May 1, 2017, be East Side Clinical Laboratory will offer high sensitive cardiac Troponin T  as a replacement for current Troponin I  testing.

High sensitivity (hs) cardiac Troponin T (cTnT) has been validated on the Roche cobas® platform as an Electrochemiluminescent Immunoassay (ECLIA) and orders will be migrated to Troponin T beginning May 1, 2017 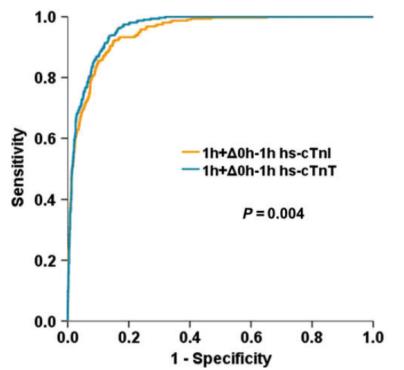 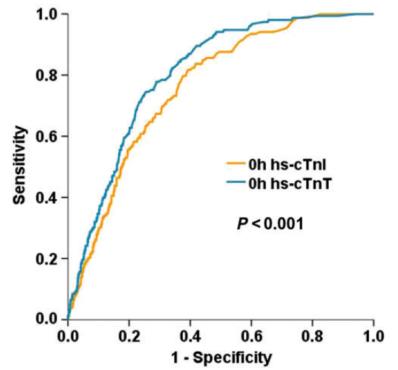 The bleeding time test has been available for many years as a means of evaluating platelet function during hemostasis. Under controlled conditions an incision is made in the skin and the duration of bleeding measured using a modified template device.

Although several modifications of this test have been devised to improve it, the test is still highly operator-dependent, plagued by a lack of clinical reproducibility, and affected by numerous technical factors such as location of the incision, pressure applied, operator experience, and patient factors such as age, gender, diet, hematocrit, skin laxity and medications. Over the past decade, studies have shown the bleeding time is not reliable as a screening test for perioperative bleeding or as a diagnostic test for bleeding disorders (Arch Path Lab Med, 1996; 120:353-56; Arch Surg, 1998; 133:134-39; Clin Chem 2001; 47: 1204-1211).

Accordingly, East Side Clinical Laboratory has made the decision to discontinue offering the bleeding time test.  In the absence of the bleeding time, a careful clinical history including family, dental, obstetric, surgical, traumatic injury, transfusion, and drug history is recommended. In addition, the most common hemostatic disorders can be ruled out by performing screening tests of coagulation (PT and aPTT), a platelet count, and ruling out von Willebrand’s disease (Factor VIII, von Willebrand factor Antigen, Ristocetin Cofactor). If these tests are negative the possibility of a platelet function disorder can be investigated by performing platelet aggregation testing.